Simple Diet Changes For 40-Something Men. I’ve made some changes to my diet. I don’t think that I am eating massively healthily but these changes I think are more subtle and are designed to do things other than lose a big of weight (although that will be helpful and will probably happen as a result of these changes anyway.) I have made some simple diet changes that have a big impact. As a man approaching the big 5-0, I think this is important.

The changes come in three main areas. They are no caffeine, no food or drink after 7.30pm and eating a full breakfast. I’ve been doing this for several weeks now, and here are my findings-

I noticed a lull in the mid-afternoon that I often treated with a Coke or an Americano. Then on the days I didn’t have any caffeine I found a craving and often a major headache. After reading up on Coca-Cola as a product I immediately stopped drinking it. The sugar was an issue that I already knew about but adding in the caffeine was the clinching factor. From then, foregoing the occasional coffee was easy. Although there isn’t much caffeine in tea, I decided that decaffeinated tea bags were the next logical step.

, I have given up Coca Cola!

The result is that I sleep much better, don’t have the lull or cravings and suffer much less in the way of headaches. 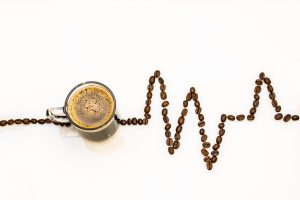 This change was for dietary as well as timing reasons. I found myself munching on snacks, sweets, crisps, toast for a couple of hours on and off after dinner.

Just stopping and thinking about how this was affecting me – it stopped me settling down to sleep as I was still digesting my food and then it broke my sleep up even more as I has to get up during the night to visit the toilet. It is simple diet changes like these that can have a large impact. 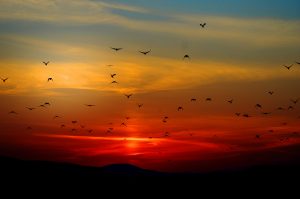 This was prompted by my change in job, as I are my breakfast at 6.30am and sometimes don’t get a lunch break until 1pm. I started to eat more of a breakfast (a bowl of cereal and 2 slices of toast) to keep me going all this time. A small breakfast just kept me hungry all morning.

This simple change gives me energy for the morning, keeps me going for longer and stops feeling hungry later in the day.

All in all a success!

Reaching the ripe old age of 44 has got me thinking about the next milestone birthday - the Big Five-O! I share with you my experiences of what these years mean to me. Thanks for stopping by!

View all of Steve's posts.